New restaurant in the Binckhorst

The Harbour Club, in Scheveningen until 2017, is making a swinging relaunch in the Binckhorst. Editor Casper Postmaa visited the restaurant and concluded, "This will be a culinary feast, an adventure, a trip to another world."

Dhe Binckhorst, that was an urban jungle with vacant industrial buildings and here and there still a slewing crane. But at the edge, BINK36 was the promise: one day this would not be the end of the city, but the center. That future is now in sight. Like a spaceship, The Harbour Club has landed on the roof of the former KPN fortress.

The city's most spectacular restaurant

The lights shine, the name is readable from afar. There is no longer any doubt: The Harbour Club is the city's most spectacular restaurant. Although it is much more than that: a culinary feast, an adventure, a trip to another world.

At the entrance between the two main buildings, where radiators and graffiti unpolished set the tone, a glass elevator is ready to launch you to the fifth floor in one jerk. There, the first impression is breathtaking.

The terrace-lined space has the allure of a boardroom and at the same time its curved canopy suggests a very different world, that of industrial romance: glowing welding points and machines spitting out new products. Not surprisingly, not so long ago this place was the stage for theater productions. And then, of course, there is that huge shark, because wherever The Harbour Club shows up, it shows its teeth. And then something is about to happen. ?That is indeed one of our characteristics, a visit to The Harbour Club is much more than eating out, it is an experience you will talk about for a long time,? says Joost Verhoeven. An example of their perfection can be found in the restrooms.

In almost every restaurant, that's a place of sobering, you step through the décor and suddenly the ?saturday night fever? is gone. Not at The Harbour Club. ?With us, a DJ in the restroom plays old vinyl: Tina Turner, André Hazes or Barry White. Everything that was mood-enhancing in the sixties, seventies and eighties can be heard here.?

You're soon in higher spheres, thanks to the architecture of the penthouse. There is room for five hundred guests (and as many parking spaces downstairs!) who, thanks to the seclusion of the boxes, can also keep it intimate. But on summer evenings, the terraces will be the attraction. One on the Binckhorst side and one on the city/sea side.

There, the terrace extends into the interior thanks to the glass facade that opens all the way, making you feel like you're outside even at the bar: you can feel the sea breeze and in the distance the lights of Scheveningen twinkle. 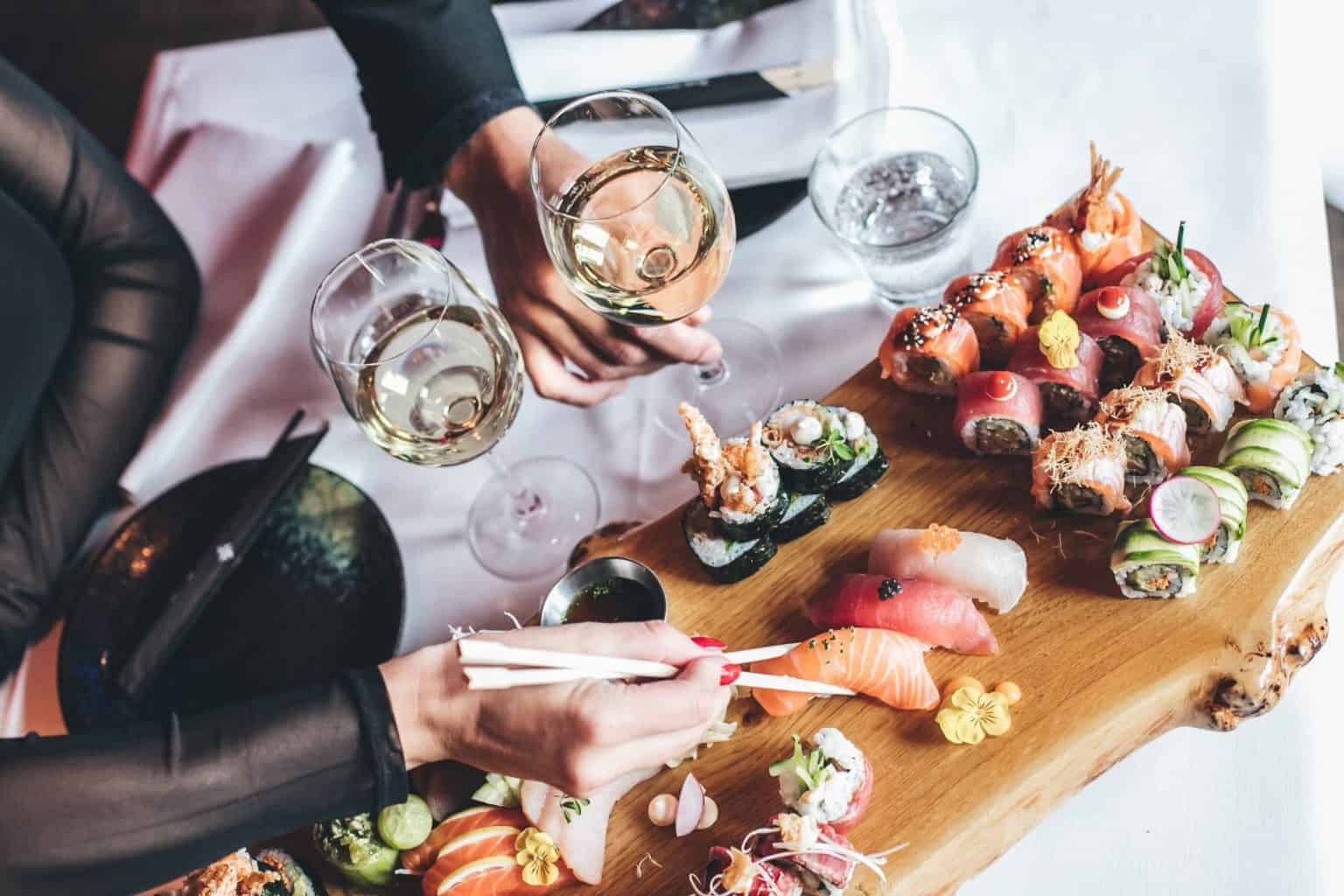 Joost Verhoeven talks about the common thread they have held as entrepreneurs for ten years: signature dishes of the highest quality. At high speed: ?Think of dry aged tomahawk steak, sole, sole, fruits de mer, grilled lobster, wagyu beef ? the finest meat anyway ? and super fresh oysters. Much is prepared at the table: filleting a fish, a beautiful steak tartare, we will leave no opportunity unused to entertain guests.?

So it never gets boring. Also because Richard van Leeuwen and Joost Verhoeven have set out to be ever innovative. Take the aluminum airplane trolleys that roll past the tables with drinks.

Sometimes on the edge, sexy, a little naughty

And when they talk about entertainment, they mean entertainment. So on stage you can expect top acts like comedian Najib Amhali. ?A saxophonist, or a DJ is also possible, but preferably someone with an electric violin or two opera singers dressed as waiters singing a duet.What we do is sometimes on the edge, sexy, a little naughty. That too is The Harbour Club: we are not frightened deer.? 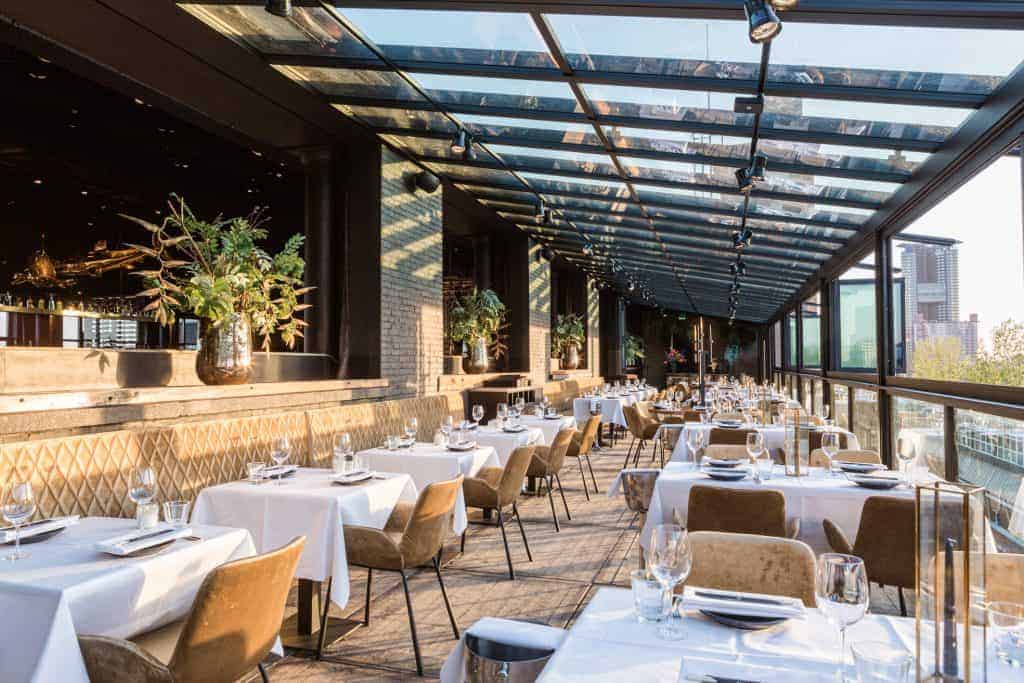 That special vibe will come mostly from the staff. They are the most important. It would be nice," Joost explains, "if the guests don't say 'we're going to The Harbour Club' but 'we're having dinner at Mariska's tonight.' ?

A name to remember, then.

Source: At Our Residence 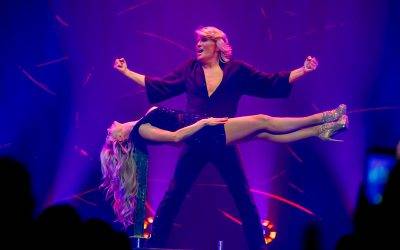 Illusionist Hans Klok will reopen The Harbour Club Theater on Saturday, Nov. 5, with his VEGAS show. For the past few weeks, the theater had been closed by order of the municipality following an incident. Police investigations have now revealed that The Harbour... 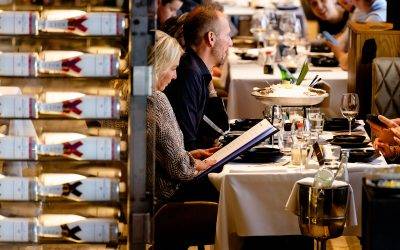 The Harbour Club, with locations in Amsterdam, The Hague, Eindhoven, Rotterdam and Vinkeveen has added Redefine Meat's Beef Bavette to their brand new menu. This makes the restaurant the third provider of the plant-based steak, which last November...